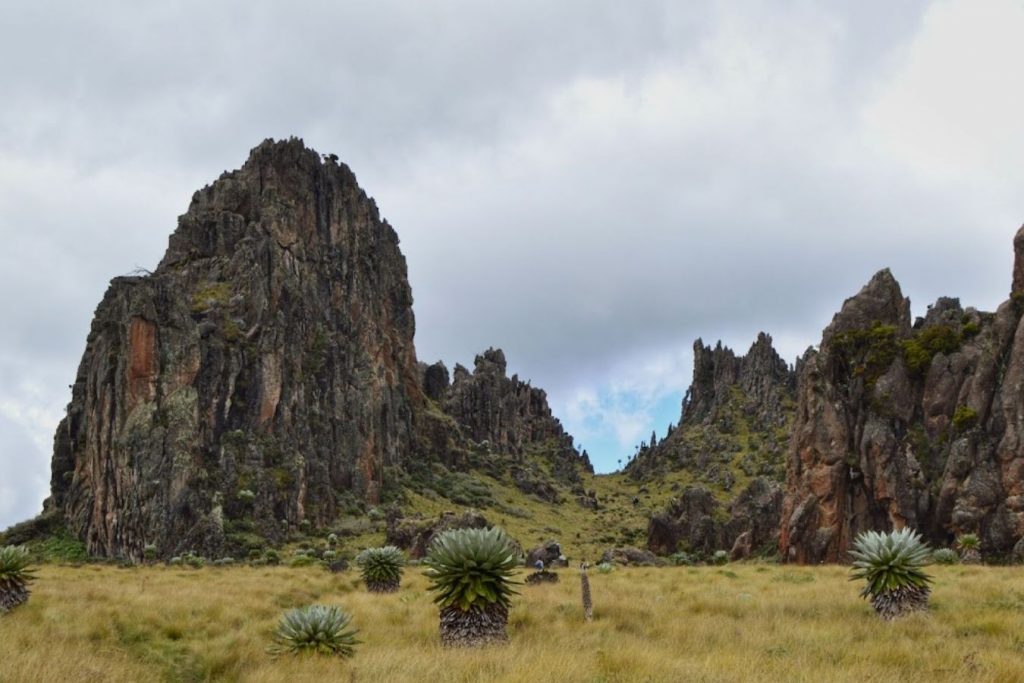 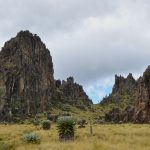 Mt Satima, also known as Ol Donyo Le Satima, a Maasai word meaning “mountain of the bull calf”, and dragon’s teeth, which is part of its ecosystem, is a mountain in the Aberdare ranges in Shamata town, Nyandarua county.

Mt Satima is the highest at about 4,001m above sea level (ASL), making it the  highest point in the Aberdare ranges and one of the most dramatic due to the “dragon’s teeth” that are part of its landscape.

The rock formations that give a section of this landscape its name: Dragon’s teeth. Rising at about 3,000m ASL, the various rock formations are large and dramatic in shape, with each trying to outdo the other, they are surrounded by spectacular heath and moorland, bogs, marshes and tundra plants