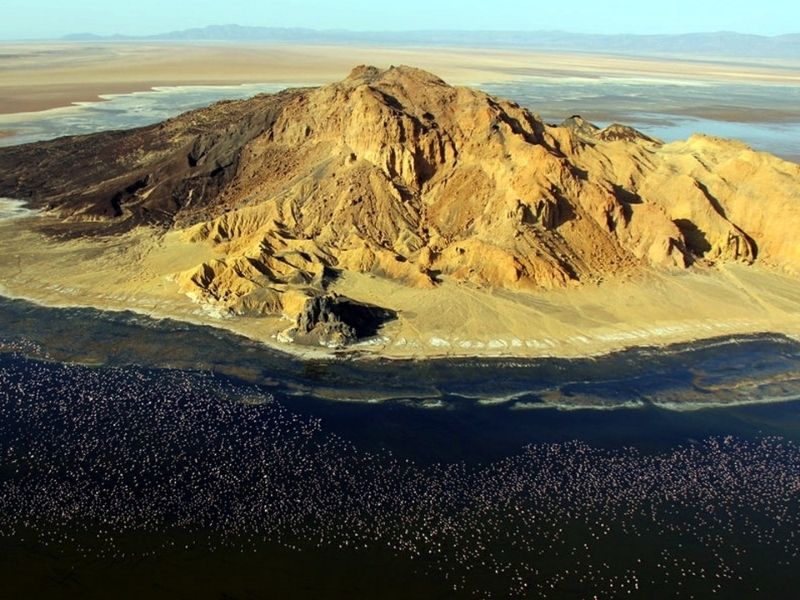 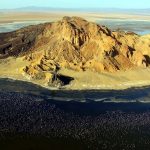 Lake Logipi is a saline, alkaline lake that lies at the northern end of the arid Suguta Valley in the northern Kenya Rift. It is separated from Lake Turkana by the Barrier volcanic complex, a group of young volcanoes that last erupted during the late 19th century or early 20th century. Saline hot springs discharge on the northern shoreline of Lake Logipi and at Cathedral Rocks near its southern limit, and help to maintain water at times of extreme aridity. Flamingoes frequently inhabit the saline waters