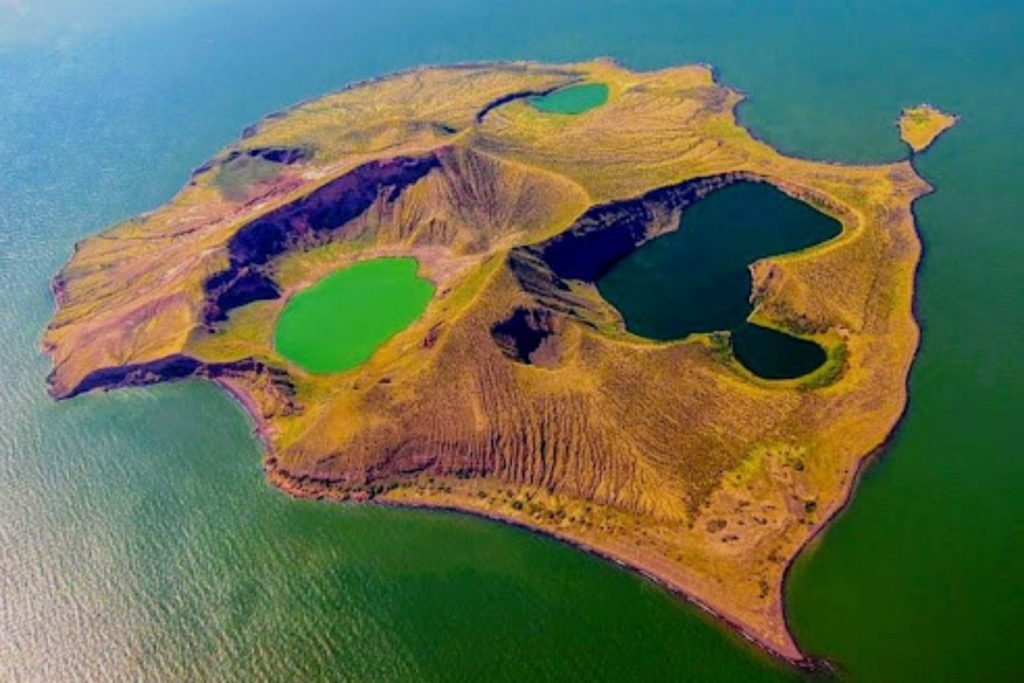 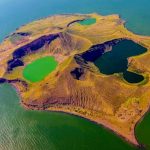 The North Rift safari circuit region offers remote and sometimes inaccessible attractions, a reserve of those who wish to explore Kenya at its most rugged, these regions appeals to visitors because of their hot springs and bird sanctuaries, Parks and lake attractions like Lake Bogoria, Baringo, Kamnarock, Turkana, South and Central Island, Nasalot, Sibiloi and Marsabit national reserve hold fascination for the traveller who like to go off the beaten track. One of the  main event in this circuit is the annual camel derby, other activities here include game watching , ballooning, camel riding, fishing, horse riding and mountain biking. The attraction includes; A remote and truly wild corner of Kenya, the Laikipia National Park boasts incredible game viewing in a spectacularly beautiful setting. Two rivers, the Ewaso Ng’iro and Ewasa Narok run through the area, attracting a rich variety of wildlife, including the second largest population of elephant in Kenya.

Vast open plains in the shadow of the snow-capped silhouette of Mount Kenya create a tranquil and secluded setting, where game drives encounter abundant wildlife with not another vehicle in sight. A wild yet romantic haven, Laikipia shelters not only the Big Five but a variety of rare and endangered species, including African wild dog, Grevy’s zebra and the semi-aquatic sitatunga antelope

“A remote paradise for nature lovers”

Far to the north of Kenya, a densely forested mountain and three crater lakes provide a haven for a variety of birdlife, mammals and reptiles. The beautiful Marsabit National Park is a refuge for huge tusked bull elephants, diverse birdlife and reptiles. Hikes in the dense forest, wreathed in mist can be enjoyed along with camel rides, bird watching and visits to the singing wells. Beautiful and rugged, the Nasolot Reserve is located to the north of Mount Melo. The reserve is quite remote which means few visitors and a chance to be at one with nature in the seemingly endless plains within its borders.  Visitors to this paradise can enjoy spectacular views from Nasolot Hill, bird watching, camping, fishing and nature walks. “The Cradle of Mankind”

Located on the wild and rugged shores of Lake Turkana – the cradle of mankind – Sibiloi is home to important archaeological sites including Koobi Fora where the fossil remains have contributed more to the understanding of human evolution than any other site in the continent. The area is characterized by semi-desert habitat and open plains flanked by volcanic formations including Mount Sibiloi, where the remains of a petrified forest can be seen. Sibiloi serves as a stopover for migrant waterfowl and is a major breeding ground for the Nile crocodile. Terrestrial wildlife includes zebras, Grant gazelles, lions, leopards, stripped hyenas, Beisa Oryx, greater kudu, cheetahs and northern topi among others. A total of over 350 species of aquatic and terrestrial bird have been recorded in Lake Turkana. Sibiloi is surrounded by the Turkana, the Gabra and the Dassanach who are communities with very rich and unpolluted traditional cultures. “The Gem of Lake Turkana”

Emerging starkly from the blue-green waters of the largest permanent desert lake in the world, Lake Turkana, the Central Island is made up of three active volcanoes that belch sulphurous smoke and steam. Three crater lakes, Crocodile Lake, Flamingo Lake and Tilapia Lake, provide breeding grounds for the world’s largest concentration of Nile crocodiles. Central Island has a campsite where visitors can enjoy the beautifully haunting sight of the lake’s luminous waters wash up onto a black lava beach while the moon rises over the menacingly smoking craters.

“The Isle of Mystery”

Covered end to end in volcanic ash, the nightly glow of its South Island’s luminous vents has inspired numerous tales of ghosts and evil spirits. The island is home to a profusion of birdlife including 34 species of European migrants most spectacularly viewed as they return home between March and May. At least 23 species breed here, including Goliath heron, and African skimmer, while African open-billed stork, Duck and Gulls feed on the shores and the volcanic island lakes attract lesser flamingos. Birds of prey are also abundant, especially swallow-tailed kites. This park is ideal for game watching and has one of the world’s largest concentrations of crocodiles.