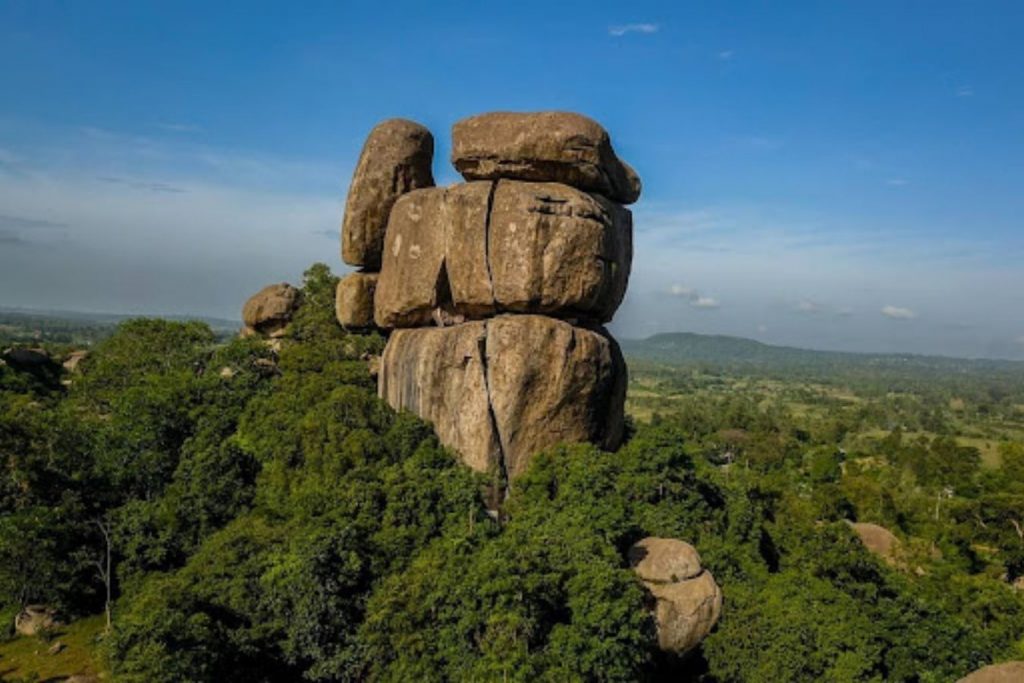 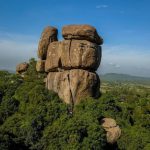 The Western safari circuit is the least visited Kenya tourist circuit. The western Kenya region consists of rich forests, swamps and some of Kenya’s rarest animal species. Kakamega forest is a habitat for over 300 bird species, the endangered De-Brazza,s moneky, the balck and white colobus monkey while Ruma national park is the only home to the roan antelope in Kenya and the Saiwa swamp is the only home to the endangered semi-aquatic sitatunga antelope. The attractions here include; Time has stood still for the Kakamega Forest, a remnant of the rain forest that stretched all across Central Africa. This beautiful forest is home to various mammals including bush pigs, giant forest hedgehogs, colobus monkeys, Debrazzar monkeys and pottos. Some of the birds to be seen here include the Blue Headed Bee Eater, Black Billed Turaco, Turner’s Eremomela and Grey Parrots. Bird watching, hiking and rock climbing can be enjoyed here in the serenity of the forest that time forgot. “Island of Serenity and Beauty”

Located on Lake Victoria, this island is a haven for birds. Covered mostly in grassland, Ndere Island provides beautiful scenic views of the Homa hills to the south, Mageta Island to the east and the glimpses of Kampala in Uganda beyond the south west horizon. The lake shore supports a wide variety of animals including hippos, monitor lizards, Nile crocodiles, several fish species, snakes, baboons, impalas, the rare sitatunga antelopes, water bucks, zebras and warthogs. Over 100 different species of birds can be seen here including African fish eagles, black headed gonoleks and grey headed kingfishers. “A Lakeshore Walk with the Impalas”

Set on the shore of Lake Victoria, the largest freshwater lake in Africa, the Kisumu Impala Sanctuary is a peaceful, relaxing place to enjoy the natural beauty that abounds here. The sanctuary hosts impalas, the rare Sitatunga antelope as well as big cats, buffalos, giraffes, cheetahs and several primate species. The sanctuary is also home to five campsites all with spectacular views of Lake Victoria. Bird watching, nature walks and glass bottomed boat rides compliment the activities availed at the sanctuary. High in the mist-wreathed hills of western Kenya is a towering volcanic giant, crowned by a vast caldera etched by glacial tarns, honeycombed by labyrinthine caves, fissured by valleys and cascaded by streams. Visitors can explore the forest, see the elephant caves and also enjoy biking, hiking, and rock on the eighth highest mountain in Africa, Mount Elgon. “Dramatic Valley of the Roan Antelope and Oribi”

A mosaic of landscapes, ranging from riverine woodland and rolling savannah to magnificent escarpments and towering cliffs, Ruma National Park promises undiscovered wildlife treasures and undisturbed peace.  It is also Kenya’s last remaining sanctuary for the endangered roan antelope. Ruma lies on the flat floor of the seasonally watered Lambwe River Valley bordered by the Kanyamwa Escarpment to the South-East, and by the volcanic plugs of the Ruri Hills to the north. Ruma’s birdlife is exceptional. The park is also the only protected area in Kenya where the globally threatened blue swallow, a scarce intra-African migrant, is regularly recorded. Blue swallows, which depend upon moist grassland for both feeding and roosting, arrive in Kenya from their breeding grounds in Southern Tanzania around April and depart again in September. “Sanctuary of the Sitatunga antelope’’

A veritable haven for nature lovers, the Saiwa Swamp National Park is a forested paradise filled with exotic flowers, trees and birds. It is also the habitat of the rare and endangered semi-aquatic Sitatunga antelope and as a preserve for the rare De Brazza’s monkey. Within this tropical wetlands and mosaic of riverine forest, sedges and acacia woodlands, with fringing dense rushes and grass bedsBird life is abundant. Water birds include the lesser jacana, grey heron and the African black duck while the forest shelters the Narina trogons, the collared and orange-tufted sunbird, the yellow bishop, Hatlaub’s marsh widow bird and the Noisy Ross’s turacos which are difficult to miss.