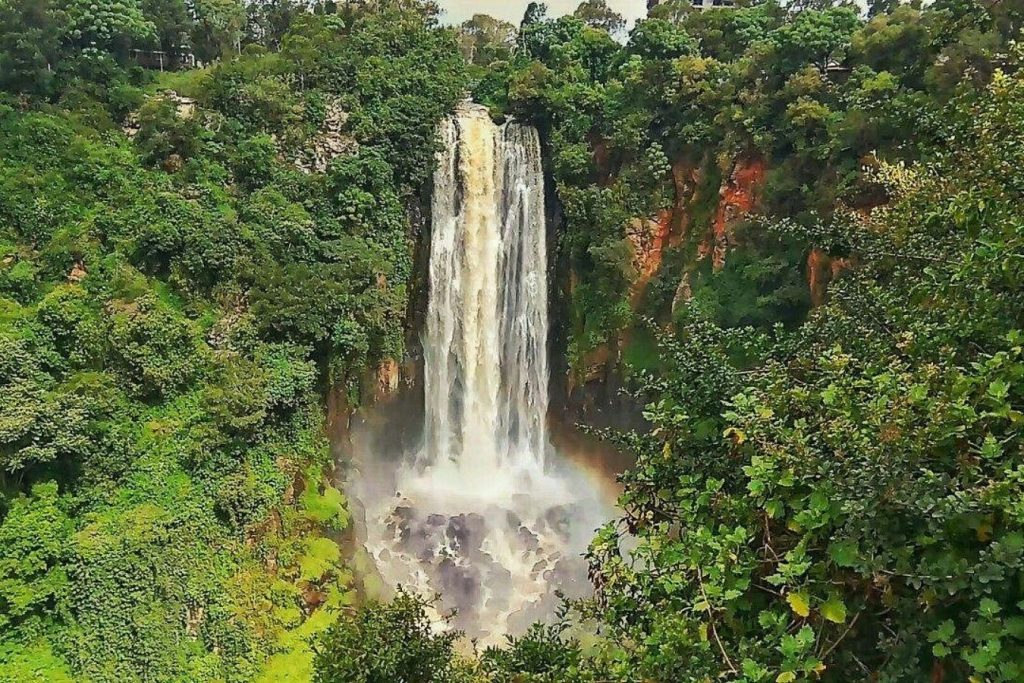 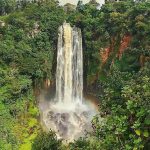 Nyahururu Falls is a 74 metres (243 ft) waterfall on the Ewaso Ng’iiro  river in Central Rift Valley Kenya  a few kilometres from Lake Ol Bolossat, which drains from the Aberdare Range

It is situated 3 kilometres (2 mi) from Nyahururu town at 2,360 metres (7,740 ft) elevation. Joseph Thompson was the first European to reach Thomson Falls, and named them for his father.